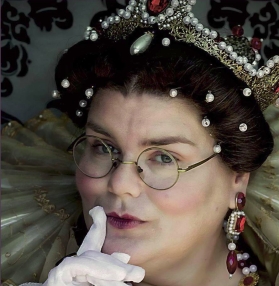 Queen Margurite de Valios, Princess of the crown from her father’s side. Though this most beloved Queen is outstanding in all arts that a woman of the time period should be, she lacks in the ability to provide an heir to her husband’s throne. Queen Margurite is not as benevolent as she may seem, having an affair of her own. She also holds a major grudge to the King’s mistresses, whoever they may be at the time. She is a lover of the arts and a promoter of them through her faires and parties.

wonderful France. As a true Catholic he does not agree with King Henri IV formally being a Hugonist, so he shows much support and adoration for Queen Margurite. Because of his devotion to Queen Marguerite, he shows utmost contempt for any woman the King decides to fraternize with, the worst being Marquise Cathrine Henriette de Balzac d’ Entragues, one of the official mistresses. With some military training he may not be the most dangerous man, but he does know the pointy end and where it should go. Though his list of adversaries may be long, his foremost is the King’s favorite apothecary, Francois Martin de Vitre; who Cardinal Richelieu believes is a Protestant pig. 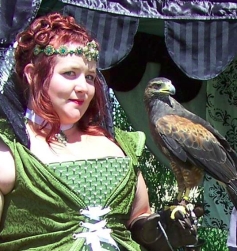 Marquise Cathrine Henriette de Balzac d’ Entragues fought for her position as official mistress and will never give it up willingly. She is on a slippery slope though as her need for power makes her ambitions too high and her favor of the King diminish. Slightly driven by her need to impress a father who mourned never having a son to succeed him, her only other wish to to pull Queen Margurite from the throne to place herself upon it.

Fraces Estelle, lady to the Queen Margurite de Valios, is as loyal to her Queen as a 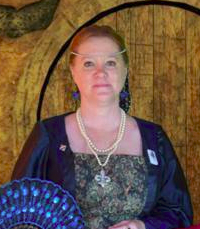 bloodhound. And as eager to sniff out anyone who wants to upset the balance of her Queen’s court. Born in a lower family of France, her parents sent her to the royal court to find a high standing husband and improve their status. She was widowed young and left with one daughter. Learning from the other women of the court, she sought to improve her lot by other means than marriage. Though always denied in public, it is rumored that she is the sole courtesan to the Cardinal Armand Richelieu. 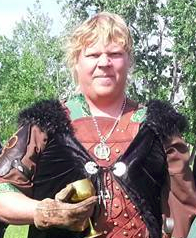 Sir Alexander Grey is one of the few English men you will find in the court of France. Sent by Queen Elizabeth of England to aid King Henri IV on one of his many military tours, Alexander become loyal to Henri and has remained with the King as his personal body guard and commander. Well trained in a great many military and gentlemanly aspects, he puts the King before all, even France (unless you happen to be willing to pay him more). Even with his love for the King, he understands Henri’s follies as well, showing no amnesty to Henri’s many admirers.

Francois Martin de Vitre won great favor from King Henri IV after his successful exposition to the Orient, though it was slightly diminished when he was unable to save th

e King’s most loved mistress. Certain Cardinals like to gossip that Francois’ inability to save the possible future queen was his alliance with Marquise Cathrine Henriette de Balzac d’ Entragues. There is great amnesty between this protestant and the Cardinal, even coming to the point of a deadly sword fight.

Elizabeth Martin de Vitre, cares nothing for the political, royal world and ambitions of men, unlike her husband Francois Martin de Vitre. She simply wishes to be a good mother to her children and help to her husband in his apothecary business. One of Queen Margurite de Valios ladies who does not have complete devotion to the Queen and all of her views. And even with her disapproval of selfishness and vanity, she still has a friendship with Marquise Cathrine Henriette de Balzac d’ Entragues, but no need to be part of all the scheming.

As we start this New Year we also begin our theatrical practices. These will be held weekly at the home of the Bertsch’s: 1603 Sunset Ave Caldwell, 83605, starting at one o’clock. Nonmembers are welcome to attend and take part in these as a prelude to joining (not required if you attend) the group or helping with the Treasure Valley Renaissance Festival.

Sword practice shall start when the weather permits for outside practice. We will keep you posted.